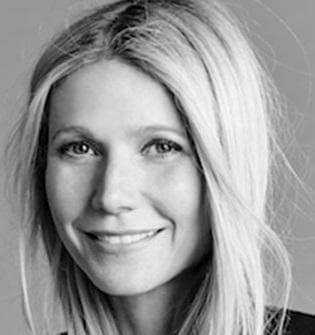 On a recent Jimmy Kimmel show, Gwyneth Paltrow was introduced and then popped up from behind a couch crawling over it to take her seat. She had broken her toe so couldn't walk in her stilettos.

But this wasn't the first time for Gwyneth. She confessed she had broken her toes ten times before.

Is this broken toe syndrome?

I confess there is no such thing as broken toe syndrome. You won't find it on the internet. But I've had plenty of patients who have broken their toes several times. Because Gwyneth seems to be in a class by herself I felt she needed her own syndrome.

I wondered if Gwyneth had some kind of Vitamin D deficiency which could cause her bones to thin out making them more likely to break. But that would be unlikely as she is still a young woman. Or perhaps there was something else going on that was causing her to run into hard objects.

I couldn't help but recall my daughter's multiple broken toes when she was growing up. She was constantly running down the hall and hitting her toes on the same couch even into her early teens. She refused to wear shoes so as an active child this was bound to happen.

Now Gwyneth is a grown woman so you wouldn't think that she'd be running into a lot of objects. But maybe she's juggling too many balls what with motherhood, acting, and running Goop her online website. She said she broke her toe while rushing around trying to get her son ready for a fifth grade retreat and ran into her couch. Perhaps she also runs around barefoot and is therefore more prone to getting a broken toe.

Or maybe she wakes up in the middle of the night and bangs her toes on a dresser or other objects. This is a common problem because many of us are not good at moving around well in the dark. Fortunately broken toes usually heal well if treated right.

No treatment or poor treatment can result in arthritis, chronic pain, and deformity.

My recommendation is to slow down, wear slippers or shoes in the house, be mindful when you walk, and use a nightlight if you tend to walk into furniture in the dark.