What Is Midfoot Arthritis and How Is It Treated? 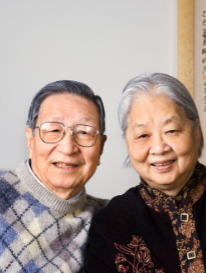 One of the most common forms of foot arthritis we see at the Foot and Ankle Center of Lake City is midfoot arthritis.

What Is the Midfoot?

The midfoot has five tarsal bones—the navicular, cuboid, and three cuneiform. It’s essential in helping us transfer weight from the heel to the front of the foot when we walk. It forms the arches of our feet to give us flexibility and acts as a shock absorber when we walk or run.

Because of its role in foot function, when arthritis develops in the midfoot it can great hamper our ability to walk smoothly and pain free.

Symptoms experienced by people who develop midfoot arthritis can include:

If left untreated, these symptoms can progress making walking and other exercise more difficult. Getting early treatment can help slow down the process

Many factors can be involved in development of midfoot arthritis including:

Your podiatrist will often find swelling and tenderness in the midfoot during your exam. He/she will also look for foot alignment issues and identify which joints are causing you pain. X-rays will also be taken.

A combination of therapies are used to treat this condition including:

When all conservative measures have failed, surgery may be the best option.

While you can’t avoid arthritis, you can at least take an active role in keeping it from progressing and avoiding injuries.

Don't let midfoot arthritis or other painful foot conditions cause you to miss out on the activities you enjoy. Complete the contact form on this page or call our office at 206-368-7000 to schedule an appointment with Dr. Berg.

Most new patients are seen within 1-2 week's time. During your initial visit, Dr. Berg will spend up to 30 minutes getting to know you, your podiatry complaints, and your goals so that he can recommend the treatment best meets your needs. Don’t wait—contact us today.

North Seattle Foot & Ankle Specialist Dr. Rion Berg offers compassionate podiatry care for all foot and ankle problems to those living in Seattle Washington and the surrounding areas. Call us today at 206-368-7000 for an immediate appointment or request an appointment online.